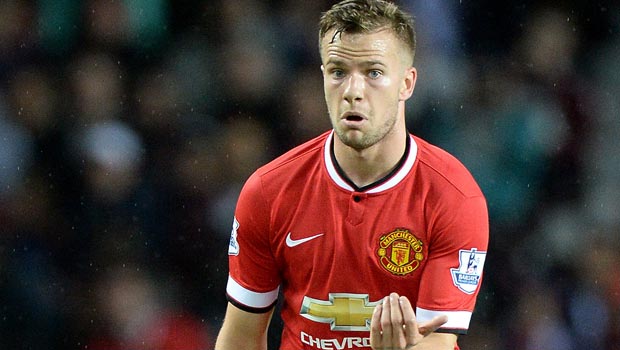 Midfielder Tom Cleverley has admitted that his career at Manchester United is over after he completed a deadline day loan move to Aston Villa.

The England international joined the Villans just hours after the deadline day window closed with the two club’s working into the early hours to complete the deal.

Cleverley is expected to make his debut for Villa in their clash against Liverpool on Saturday evening.

The 25-year-old insists he is relieved at the move after coming under heavy criticism from the club’s fans.

He told reporters: “If any footballer gets a bit of stick off their own fans they are going to be hurt. Football is a game of opinions and you can’t please everyone.

“I am happy to get away from some of the negativity. Whenever you are not winning trophies at Man United the players are going to get some stick.

“With me being out of contract at the end of the year if I am being honest I don’t think I would play for the club again.

“In modern football it is rare that one player, like Giggsy or Scholesy, plays for one club for their career.”

Cleverley featured in pre-season for the Red Devils and new boss Louis van Gaal handed him the captain’s armband for one game. However, the centre midfielder insists the Dutchman has a new vision at the club.

“I wasn’t emotional or anything like that. I didn’t get a chance to say many goodbyes. It is something I had prepared myself for,” he said.

“Louis van Gaal was always straight with me. I had a fairly good pre-season where we won every game, but he has his own players.

“The manager made it fairly clear it wasn’t going to happen for me there.”