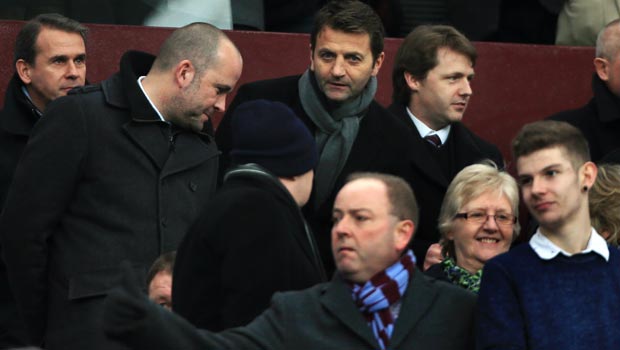 Aston Villa have named Tim Sherwood as their new manager on a three-and-a-half year contract.

Sherwood was officially confirmed as Paul Lambert’s successor on Saturday afternoon and will be tasked with guiding the club to Premier League safety.

Lambert was sacked as manager earlier in the week following their 2-0 defeat at fellow strugglers Hull City.

He was reportedly close to joining West Brom last summer and was also considered for the QPR job, but then quickly emerged as the overwhelming favourite for Villa who are attracted by his record for nurturing young players.

“Tim had a fantastic career at Tottenham, not only in his brief spell as first-team manager but, just as importantly, in the role he played in developing young talent,” said Villa chief executive Tom Fox.

“We strongly believe Tim has the qualities to get the best out of our current squad and help us build and develop for the future.”

The defeat at Hull meant Villa dropped into the bottom three in the Premier League and Sherwood, who is contracted at Villa Park until the end of the 2017/18 season, is looking forward to the challenge of escaping relegation.

“It is a great honour to manage one of the biggest clubs in English football,” he said. “I can’t wait to get started and I’m really looking forward to the challenge.”

Sherwood’s first game in charge of Villa will be a home clash with Stoke City in the Premier League on February 21.