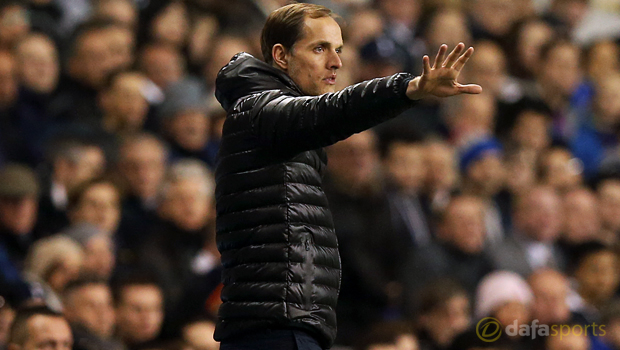 Borussia Dortmund boss Thomas Tuchel says Sunday’s battling 3-1 win at Augsburg showed just how much his side want to win the Bundesliga title this season.

After cruising past Tottenham in the Europa League, BVB went into their trip to Bavaria without star striker Pierre-Emerick Aubameyang due to personal reasons and were behind early on courtesy of an Alfred Finnbogason strike.

Goals from Henrikh Mkhitaryan, Gonzalo Castro and Aubameyang’s replacement, Adrian Ramos, saw them fight back to claim victory and maintain their unbeaten run in 2016.

It means Dortmund, who are 12.00 to win the Bundesliga, remain five points behind 1.03 favourites Bayern Munich heading into the final seven games.

After finishing seventh last term, having at one stage been bottom of the standings, Tuchel’s work in his first season deserves special praise and he has undoubtedly added extra impetus since arriving in the summer.

Speaking after Sunday’s game, Tuchel hailed his team’s battling qualities and says their performance showed that they still believe they can win the title.

“Mental strength and the will to win were the requirements today, and that’s what we showed. We’ll see where that takes us,” he told the Bundesliga’s official website.

“Bayern are exceptionally consistent and the challenges lying ahead for us are very, very tough. The task is to keep going at our own pace, remain on course and not let up.”

Next up for Dortmund after the international break is Werder Bremen at home, a game they are 1.22 to win, with the draw 6.50 and their opponents 11.00.