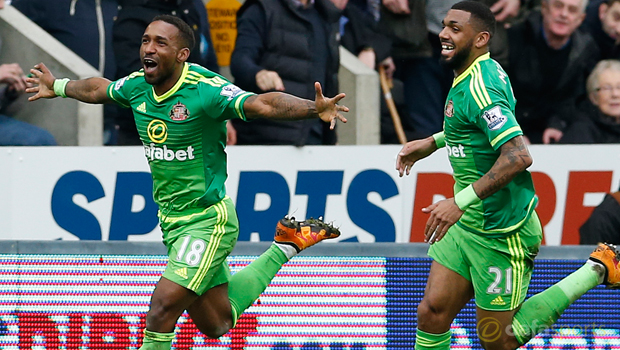 Jermain Defoe is adamant that Sunderland will survive this season despite Sunday’s 1-1 Tyne-Wear derby draw at Newcastle.

The Black Cats headed into the game having won on the last six occasions the local rivals had met, and looked on course for another victory when Defoe opened the scoring on the stroke of half-time.

However, the Magpies equalised through Aleksandar Mitrovic’s 82nd-minute header to hand Rafa Benitez’s men a share of the spoils.

With eight games of the season remaining, a draw does not really benefit either side and Sunderland remain 18th in the table, one place ahead of their local rivals, with both teams currently 1.40 to be relegated.

They now have a fortnight off due to the international break before crucial outings against West Brom, Leicester and Norwich.

Boss Sam Allardyce will be working on a game plan for all of those games but will be encouraged by the progress his team have made in recent weeks.

He also has a proven goalscorer in Defoe at his disposal and the former England striker will be crucial to his side’s survival chances.

Defoe, 33, admits the Wearsiders were disappointed by their inability to claim all three points on Sunday but believes similar performance between now and the end of the season will mean they comfortably avoid the drop.

“We’ll keep it going,” Defoe told the Sunderland Echo. “We’ve got some massive games coming up, but if we play like that, we’ll be fine.”