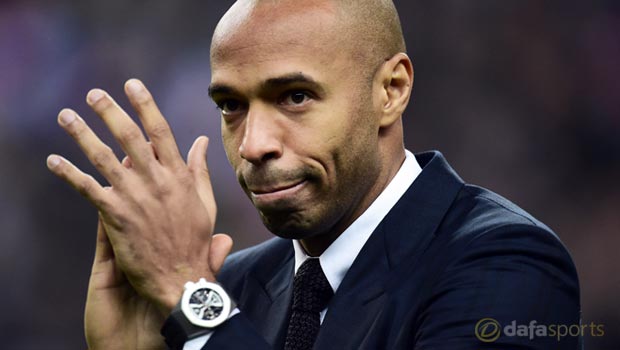 Henry confident of progression from Gunners Arsenal legend Thierry Henry insists that he saw progress from his former club last season but still feels that they need to find more consistency in the league.

The Gunners, who can be backed at 5.50 to win the Premier League, secured the FA Cup for a second successive year last term, while finishing third in the league to claim automatic qualification to the Champions League.

Henry, who made over 250 appearances for the Gunners over two stints and was part of the ‘Invincibles’ side of 2003-04, believes there is a lot to be cheerful about as an Arsenal fan.

However, the Frenchman continues to stress that Arsene Wenger must look to strengthen further if they are to keep improving.

Wenger is expected to bring in a couple of new faces to his current squad with Chelsea stopper Petr Cech reportedly a target along with Monaco midfielder Geoffrey Kondogbia.

The 37-year-old has repeatedly called for Wenger to strengthen the spine of the team if they are to close the gap on current champions Chelsea.

Henry said: “It’s a difficult task to win the FA Cup back to back, but they have done that.

“You could see right from the start (against Villa) that Arsenal were going to win the game, and that made it easier for us fans to watch – it was less nerve-racking than the year before.

“So the progress is there, now what we are waiting for is the consistency in the league because that is very important

“That is where you can judge a team, in the league.

“Having said that, our generation started by winning the cup and went on to win a double and stayed unbeaten – that is all I can hope for this group to do.”