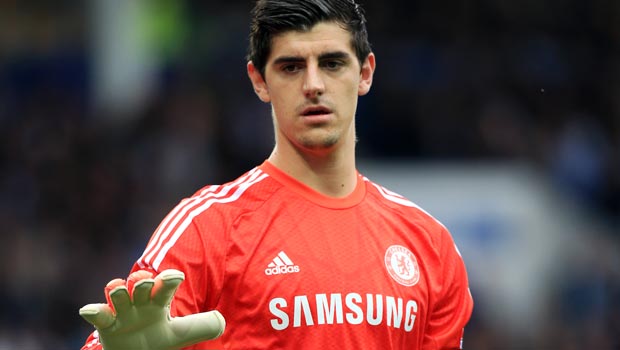 Goalkeeper Thibaut Courtois is set to underline his rise to become Chelsea’s number one by signing a new deal at Stamford Bridge.

The Belgium international is finally making his mark in the Premier League after three years out on loan at Atletico Madrid in Spain.

Courtois was recalled to west London at the end of last season and has gone on to dislodge long-serving Petr Cech in the Blues’ first team.

And now the 22-year-old is ready to sign a new five-year deal as he looks to keep his 32-year-old team-mate out of the first XI.

“We don’t talk about the situation, but of course I know he has played
10 years at Chelsea and that now I am playing and for him it’s not the nicest situation,” Courtois told Sky Sports.

“But that is the decision of the board and the trainer. He is working hard in training to be ready when I cannot play or I am maybe not playing well. We work well together.”

Courtois won La Liga, Europa League and the Copa del Rey during his time with Atletico – but he has now set his sights even higher.

“Of course the Champions League is something great that you don’t want to miss,” he added.

Chelsea entertain Schalke in their opening group game of this season’s Champions League on September 17 and are favourites at 1.39 to win, with the Germans at 6.50 and the draw at 4.41.