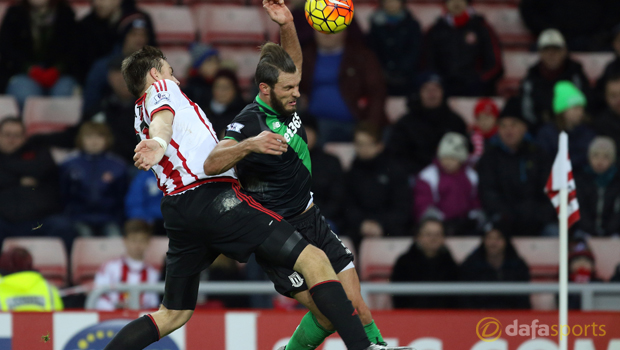 Sunderland defender Sebastian Coates feels his side are starting to “look like a team” after two successive wins and clean sheets.

The Black Cats overcame Stoke 2-0 at the Stadium of Light on Saturday, having secured a 1-0 win at Crystal Palace in the previous round of fixtures.

Coates feels Sunderland can draw confidence from those victories as they bid to pull clear of danger.

He told the Chronicle: “We have taken six massive points this week but we need to keep going, playing in the same way and working hard in the week.

“We now look like a team, that’s how we have trained during the weeks, to try to get to that level.

“As a defence, as a defender, and for the keeper, for us to keep a clean sheet is crucial because it builds confidence.

“You could see what the Crystal Palace game did for us against Stoke, now hopefully the Stoke game will help us even more going into the rest of the games.”

Sunderland have moved out of the relegation zone but are still just two points clear of Bournemouth and Newcastle, who lie 18th and 19th in the table respectively.

New boss Sam Allardyce has overseen three wins in the last five games although they face a big test on Saturday as the Wearside outfit travel to title chasers Arsenal.

Sunderland are 12.00 to come away from the Emirates Stadium with all three points and the draw is 6.00.

Arsenal are 1.22 to come out on top and the Gunners are 3.75 to go on and win the Premier League outright.