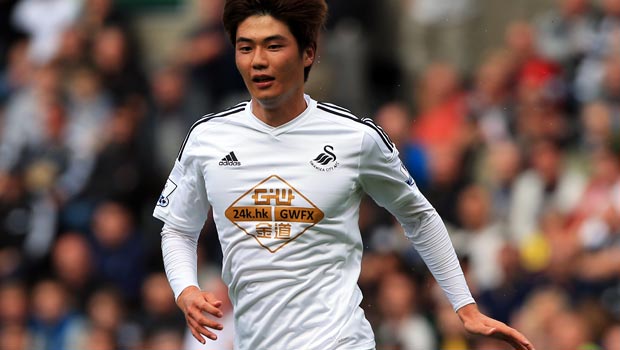 Midfielder Ki Sung-Yueng has admitted Chelsea “are better” than Swansea but he still thinks the Welsh side can spring a surprise at Stamford Bridge on Saturday.

The Premier League resumes following the international break this weekend with the Swans aiming to maintain their perfect start to the season.

Victories over Manchester United, Burnley and West Brom mean Garry Monk’s side have made it three wins out of three and they go to Chelsea on Saturday with plenty of confidence.

Jose Mourinho’s side have also made a perfect start – the only other team in the division to manage it – so something will have to give when the two meet in London.

Ki knows Swansea face a mighty task to get anything out of the game but insists anything can happen on the day.

“We respect Chelsea and honestly, when you look at the players they have, they are better than us,” he said. “But there is always a possibility when you play against a big team.”

Despite picking up maximum points so far, the South Korea international says they will need to raise their game significantly if they are to pull off another big victory.

He added: “We can win but we have to be better than in our first three games.”

Ki is due back in South Wales following his country’s friendlies against Venezuela and Uruguay over the past week and he says the long-distance travel can be tiring, but he knows how to recover in order to be best prepared for club football once again.

“I have to fly 10 hours back from Korea so I’ll be tired but I need to overcome this,” he said.

“The way to cope is just to sleep. I eat well and recover in the aeroplane. But I don’t mind. International games are very important for me because to represent your country is not easy – it is privilege.”