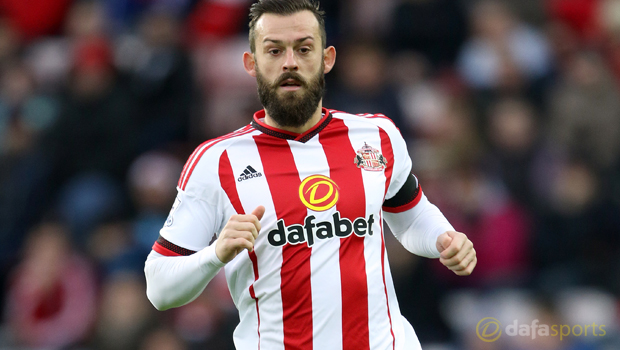 Both teams are struggling near the foot of the Premier League table, with the Black Cats currently occupying 19th position, whilst last year’s reigning champions are languishing in 16th place.

Jose Mourinho’s team have only won one of their last seven league games and Scotland international Fletcher is confident his side can add to the Blues misery when the two clubs clash in west London.

He said: “With the past few years we’ve had, we’re used to this situation, but obviously it’s a whole different ball game for them.”

“But we need to go in with a positive good attitude and a good game plan, and I’m sure the gaffer will sort that out this week. Then we’ll take it from there.”

Sam Allardyce’s side have lost their last two league matches against Arsenal and Watford and they face a daunting fixture schedule over the festive period, with games against Manchester City and Liverpool to come.

Fletcher knows his team will be severely tested over the next couple of weeks, but he is confident that there is enough quality within the squad to spring a few surprises.

Sunderland are available at 11.00 to secure a victory on Saturday, whilst Chelsea are best priced at 1.30 and the draw is on offer at 5.00.