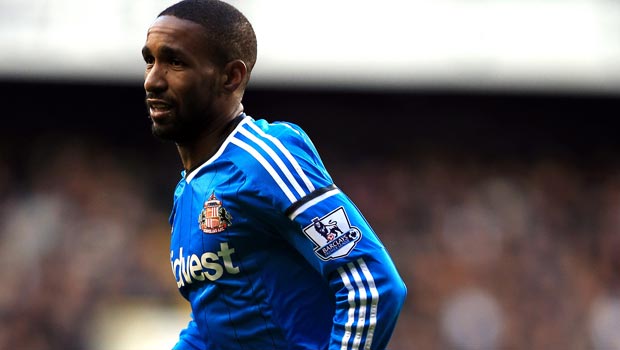 Sunderland boss Gus Poyet paid tribute to the goal-scoring efforts of Jermain Defoe in the aftermath of his side’s 1-1 draw with Swansea on Saturday, claiming his side are a “different team” with the Englishman in the line-up.

Defoe secured a move back to the Premier League in the January transfer window after the Black Cats fought off a host of other clubs to land the former Tottenham striker’s signature and subsequently went on to open his Sunderland account with a strike in last week’s 2-0 defeat of Burnley.

The ex-Toronto forward found the score-sheet once more this weekend, handing his side the lead just before half time with an attempt from just outside the box.

The Swans eventually equalized through former Sunderland loanee Ki Sung-yueng, but that did not stop Poyet from heaping praise on his new-found striking option once the contest was over.

“With Jermain, we are a different team,” Poyet said. “When you have a player you know is sooner or later going to score, it makes the rest of the team believe that they have a chance to win football games so it’s a pleasure to have him.”

The Sunderland boss also revealed he does intend to rest Defoe at some point now that the Englishman has made four consecutive starts, but the striker’s current form is making it incredibly hard to do so.

“I’ve been killing myself thinking do I need to give him a rest because he didn’t play, but I’m sorry Jermain I can’t – I need him to play,” added Poyet.

The Black Cats are well fancied to taste victory in their next Premier League encounter with Queens Park Rangers on Tuesday evening, as they have been installed as 1.96 favourites, and should Defoe feature he will no doubt find several chances to add to his tally of two for the season.

QPR meanwhile are priced as 3.44 underdogs to scalp an away win at The Stadium of Light, whilst a draw is priced at 3.34.