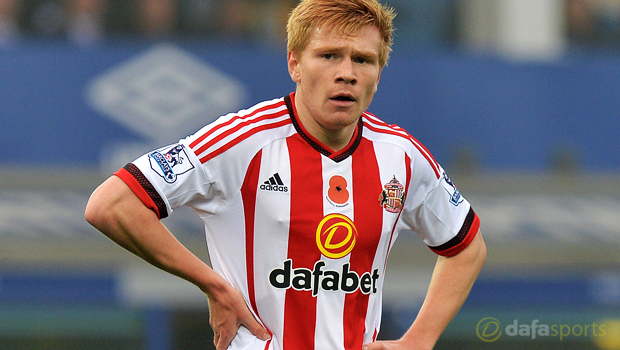 Jermain Defoe has joined youngster Duncan Watmore’s fan club and feels the attacker “is a great weapon” for Sunderland in the Premier League.

The 33-year-old former England striker has joined new Black Cats boss Sam Allardyce in singing the praises of 21-year-old, who is gradually becoming a key member of the squad at the Stadium of Light this season.

Watmore has been more used to coming off the bench in games this term, but Allardyce opted to hand him a full debut in last Saturday’s 1-0 home defeat against Southampton as he tries to find the right formula to help the side start picking up the points required to haul themselves out of the relegation zone.

Defoe feels at the moment Watmore would be better used as an impact substitute to exploit tired legs in opposition defences in a similar way his former Tottenham team-mate Andros Townsend has done at White Hart Lane and for England.

“I think [it’s great] to have someone like that who can come on with so much pace and is so direct,” Defoe told the Sunderland Echo.

“In the Premier League when the intensity is so high, players get fatigued towards the end of the game. To have someone like Duncan who can come on and help you win the game, is a great weapon to have.

Defoe added: “He reminds me a bit of Andros Townsend, who is so direct and every time he gets the ball will just drive forwards.

“During the course of the season, he is someone who can come on and help us win games.”

Sunderland, who are 1.25 to be relegated this season, can be backed at 6.00 to win at Crystal Palace in their next Premier League game on Monday, November 23.