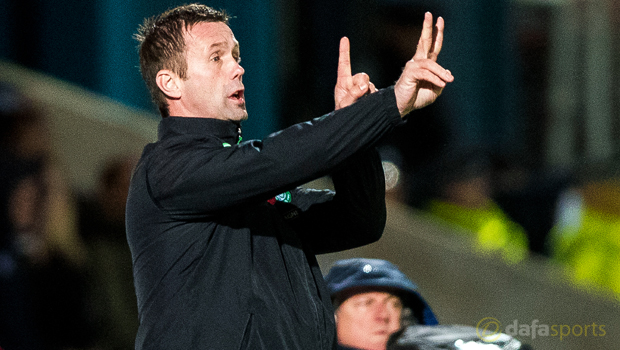 Former Celtic man Andreas Hinkel has advised current boss Ronny Deila to stick with his football philosophy and backed things to improve if he is given time by the club.

The 33-year-old German defender is well aware of the risks involved with managers refusing to budge on their idea of how the game should be played, as he was part of the squad when Tony Mowbray was in charge in the 2009-10 season.

The Hoops board eventually lost faith with the club’s former captain in March 2010 when the side were thrashed 4-0 at St Mirren and Rangers went on to comfortably win the Scottish Premiership title.

Hinkel feels Mowbray’s tactics were not the problem, but the way he tried to implement them was not clear enough and the breakdown in communication led to the poor results.

Deila’s methods are working domestically, as the side sits six points clear at the top of the table, but it is in Europe where results are again going awry after they failed to qualify for the Champions League group stage and have yet to win in the Europa League.

But, with the team on course for another domestic title, Hinkel feels the Norwegian deserves an opportunity to get his ideas fully across to the players.

He told the Daily Record: “If you are stronger than your opponent – which Celtic usually are in the Scottish Premiership – then you can base a lot of your style of play on that.

“By all means have a football philosophy and pick the players who you think can fit that style and implement it. However, doing something like that can take time. We all know that time in football is something you do not get much of.

“Some managers like to implement change slowly and do it step by step in order to gain results.
“It is about striking the right balance and the future of football is flexibility and being able to adapt to changing circumstance.”

Celtic are 1.01 to win the Scottish Premiership this season and can be backed at 1.11 to defeat Kilmarnock in their next game on Saturday, November 21.