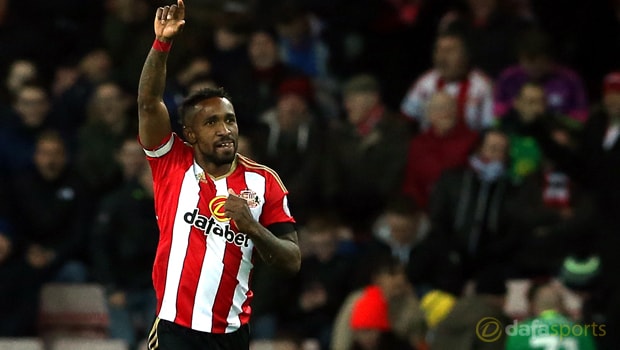 Sunderland striker Jermain Defoe admits he is not expecting an England recall despite his heroics in recent weeks.

Defoe has managed four goals in his last five outings and is 5.50 to score first when Sunderland head to Swansea at the weekend.

The 34-year-old is the top English goalscorer in the Premier League this season but Defoe feels, even if he ends up as the golden boot winner at the end of the season, he will not be selected by new Three Lions boss Gareth Southgate.

Defoe is 29.00 to be the top Premier League goalscorer in 2016/17, and insists he will continue to push for a return to the England set-up even though he fears his international career could be over.

“Whatever I do, I never give up,” Defoe said in an interview with talkSPORT. “People come up to me and say ‘why are you not in the England squad?’ and I never know what to say.

“When I was in the England squad, I was in on merit, I was scoring goals and playing well. “It’s not that I’ve given up, but it gets to a point when I think it almost doesn’t matter what I do.

Even if I get the golden boot I don’t think I’d get called up.” Defoe picked up the last of his 55 England caps in 2013, having managed 19 goals at international level.

The Sunderland star revealed he has had no contact with Southgate since his appointment, but stressed he does not want club boss David Moyes to intervene in any way.

“I wouldn’t want that [Moyes to approach Southgate],” he added. “I want to be in control of my own destiny when I go out onto the pitch. I always give 100% and if I get a chance I believe I’ll score.

“I don’t like speaking about it really and in a way I want to let my football do the talking.”