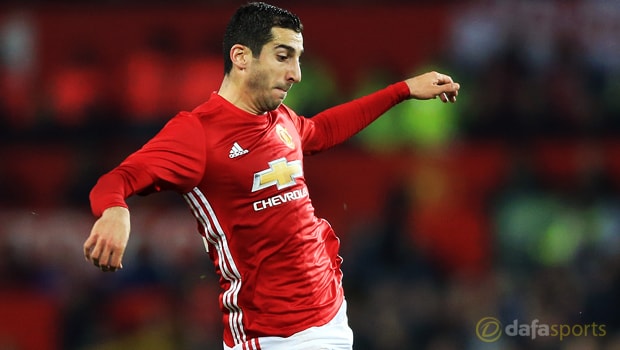 Henrikh Mkhitaryan endured a tough start to his Manchester United career after a summer switch from Borussia Dortmund but has started to find his form of late.

The Armenian was initially used sparingly by boss Jose Mourinho and had to wait for his chance at Old Trafford.

The 27-year-old says any early problems he encountered were of his own making, and is convinced he can improve further in the weeks ahead.

“There was no bad relation with him [Mourinho], it was always good but the problem wasn’t him, it was me,” he told Sky Sports.

“Now I understand why I have got my chance and I will keep it, I will hold it, because it is very important for me to play, to be a part of Manchester United.

“I was thinking that I would be here as a starting line-up player but when I arrived I saw that there were 25 players fighting for their place and I understood that it wasn’t going to be easy.

“I had a bad game against Manchester City but that is in the past so I kept working. I have done a great job to get my chance back and I think I did it a really long way until I start playing.”

United travel to Ukraine to face Zorya Luhansk on Thursday in the Europa League and a win would guarantee them a place in the knockout stage.

Mkhitaryan is likely to be involved, but Michael Carrick, Antonio Valencia, Matteo Darmian, who all started in the draw with Everton last time out, have not travelled with the squad.

Out of favour duo Memphis Depay and Morgan Schneiderlin have also been left in Manchester. United are 1.36 to secure a win on Thursday and Mkhitaryan is 2.80 to score anytime.