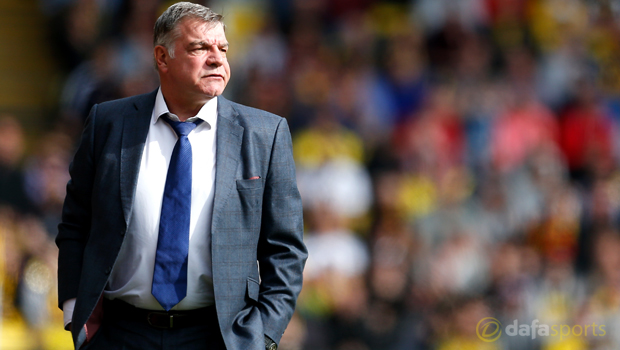 Sunderland have confirmed that they gave coach Sam Allardyce permission to speak to the FA regarding the vacant England manager’s position.

The Black Cats have made the announcement after reports revealed that the 61-year-old held talks with FA vice-chairman David Gill, technical director Dan Ashworth and chief executive Martin Glenn on Tuesday, regarding succeeding Roy Hodgson as Three Lions manager.

The Wearside club insist that the talks were supposed to be confidential and they are keen to retain Allardyce’s services, after he successfully guided the club to Premier League survival last season.

A club statement read: “The Football Association contacted Sunderland AFC to seek permission to speak with our manager as part of what was supposed to be a confidential discussion process with potential candidates for the position of England manager.”

“At Sam Allardyce’s request, we agreed to this. Sam is very much key to our plans. After what was an extremely challenging season, we are keen to see a period of stability, both on and off the field, and we want him to remain as manager of our football club.”

Sunderland would like a decision on the next England manager to be made swiftly, as they believe the ongoing speculation is damaging to the club and their preparations for the new season.

The statement continued: “The ongoing speculation over Sam’s position is extremely damaging to Sunderland AFC, particularly at this crucial time of the season and we urge the FA to respect the disruption that this process is causing and bring about a swift resolution to the matter.”

The new Premier League season is set to get underway on August 13, with the Black Cats facing an away trip Manchester City in their opening fixture.

Allardyce’s men are available at 11.00 to begin the campaign with a victory, while the Citizens are on offer at 1.25 and the draw is priced at 5.50.