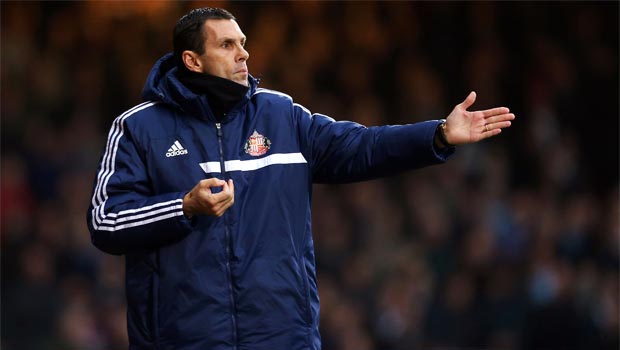 Gus Poyet insists Sunderland will be going all out to beat Southampton in Saturday’s FA Cup clash to keep up the recent momentum they have built at the club.

The Black Cats looked dead and buried early in the season but, after Poyet replaced Paolo di Canio at the helm, they have rallied to a point where Premier League survival is a real possibility.

Recent results have been good and, before last weekend’s 2-0 loss to Hull City, the Wearsiders had taken ten points from a possible 12 to join the group fighting to avoid the drop.

But attention now turns to the FA Cup this weekend as Sunderland, who are priced at 3.22 to win the match, welcome the south-coast outfit to the Stadium of Light looking to progress to the quarter-finals of the world’s premier domestic cup competition.

While staying in the top-flight remains the number one objective for any Premier League manager, a good cup run can aid team spirit, and Poyet hopes that is the case with his charges this weekend.

“Without a doubt, winning games helps; big celebrations help because you become more passionate with your team-mates and a bigger fan of the club you play for,” he said. “That’s helping the group to get sorted, which is important.”

Carlos Cuellar will make his return to first-team action, having not featured since Sunderland’s defeat at Hull City in November due to injury and Wes Brown’s form.

The boss admits he will use some fringe players as well “to keep spirits in the group up” but it will be a competitive starting XI that takes to the field to face the Saints, who can be backed at 2.17 to claim the spoils.

Mauricio Pochettino has no new injury worries to deal with and looks set to put out a strong side, with Rickie Lambert tipped to lead the line.