Sunderland midfielder Jack Rodwell prepared to play at back 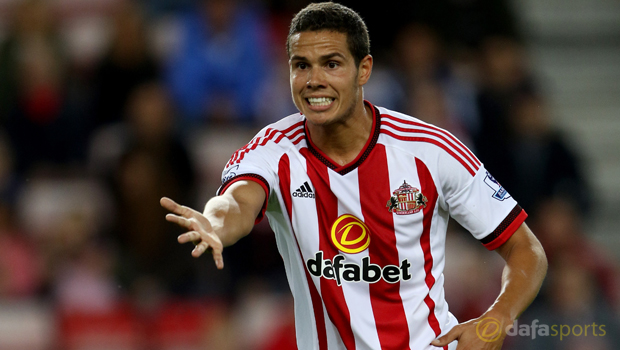 Sunderland midfielder Jack Rodwell is more than happy to play in defence this season if manager Sam Allardyce is short of options.

Rodwell started Sunday’s 6-2 defeat at the hands of his former club Everton on the bench but was brought on with just 38 minutes gone and his side 2-0 down.

The ex-Manchester City man was called on as a replacement for Lee Cattermole who was forced off with an injury.

Former boss Dick Advocaat admitted he was considering using Rodwell in a defensive role prior to his exit and new man in charge Allardyce eventually decided that was the best plan on Sunday.

The 24-year-old moved into a back three with Sebastian Coates and Wes Brown after both were finding it hard to deal with wave after wave of Everton attacks.

Sunderland, who are priced at 1.40 to be relegated, have been struggling with injuries and were unable to call on John O’Shea and summer signing Younes Kaboul for the trip to Goodison Park.

The England international revealed he initially started his career playing as a defender and would be more than happy to play in that role if he is asked.

Rodwell said: “I think the manager felt like he had to change something yesterday, but the game was long gone already.

“It’s a comfortable position for me. It’s where I played as a youth team player, all the way up to England Under-21s really.

“It’s when I started playing in the first team at Everton, that I got moved into midfield.

“But it’s a position I feel comfortable in and if the manager wants me to play there, then I’m happy to do it.”