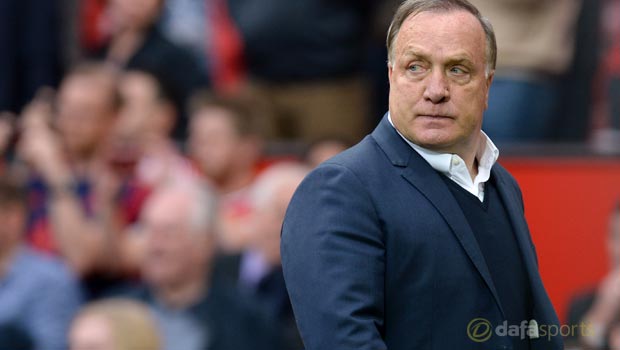 Sunderland midfielder Jack Rodwell has hailed the influence of manager Dick Advocaat and feels the fans are behind him despite the club’s current struggles.

Advocaat was brought to the Stadium of Light towards the back end of last season to try and help steady a sinking ship, and he did just that as they avoided the dreaded drop into the Championship.

The Dutchman then opted to call time on his career, only to perform a U-turn and pen a new season-long deal with the Wearsiders.

However, things have not gone well over the first few weeks of the campaign, with the north-east outfit currently rock bottom of the standings and without a league win to their name.

How long the boss will remain in his job if things do not change is open to debate, but Rodwell for one is happy to have him in the dug-out.

“When the manager who signs you leaves halfway through the season, you’re kind of wondering, you wonder about everything,” he told The Chronicle.

“But then Dick Advocaat has come in and been brilliant for me. A new manager comes in and he’s been great. The fans have backed him.”

Having garnered just a couple of points from draws with Swansea and Aston Villa, Sunderland will be desperate to get things up-and-running this weekend when West Ham United come calling.

But the Hammers are enjoying a purple patch at present and sit third in the top-flight table, with four wins and a draw.

Slaven Bilic’s men can be backed at 2.38 to take all three points with the hosts on offer at 3.10 to break their duck this term.