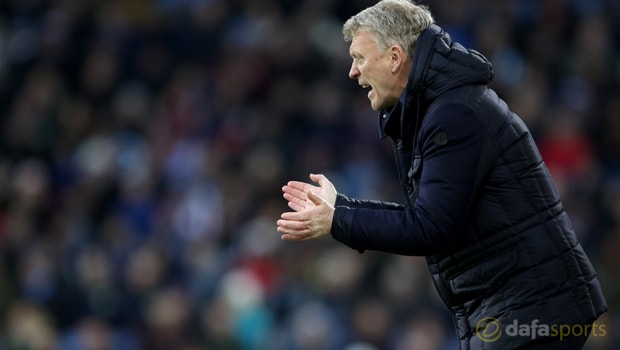 Sunderland manager David Moyes has confirmed there are a couple of targets the club are currently pursuing but the Scot admits it could be hard to bring in players of the right quality this month.

Sunderland once again find themselves in a relegation battle this season and the club are currently sitting 18th in the Premier League table, one point adrift of Crystal Palace in 17th.

The Black Cats have picked up just four victories in the campaign so far and they are on a three-game winless run, having lost to Manchester United and Burnley before picking up a 2-2 against Liverpool.

Saturday’s 0-0 draw at home to the Clarets in the FA Cup third round left a lot to be desired and the hosts look like they will need some strengthening in the current window if they are going to avoid relegation.

The squad has been cut down to the bare bones in recent weeks with goalkeeper Jordan Pickford currently on the sidelines whilst three key players have left for the Africa Cup of Nations.

Defender Lamine Kone has joined up with Ivory Coast, Gabon have called up midfielder Didier Ndong while Wahbi Khazri will feature for Tunisia in the major tournament.

Moyes has confirmed the club are working hard to try and bring in some reinforcements but he warned persuading players to make the switch to the Stadium of Light will be hard. “We are looking for players,” he said.

“By looking, I don’t mean that we’re in there spending millions and millions. But are we looking at players and thinking about a few things? In our position, it’s not always that easy to attract players.”

Sunderland, who are 1.50 to get relegated this season, return to league action on Saturday when they play host to Stoke City, who are sitting 11th in the table.