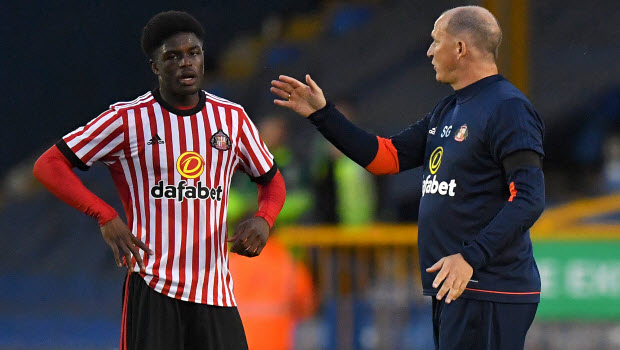 Grayson, who left Preston this summer to take charge at the Stadium of Light, has been active in the summer transfer market, having added James Vaughan, Jason Steele, Aiden McGeady, Robbin Ruiter, Tyias Browning, Lewis Grabban and Brendan Galloway to the ranks.

However, the 47-year-old from Ripon is still keen on adding more strength to his squad after watching his side draw 1-1 against Derby County in their Championship opener last Friday.

Reports have linked the Black Cats with moves for McCormack and Hugill in recent days and there are suggestions the north-east outfit will increase their efforts after the departure of Jeremain Lens to Besiktas.

Grayson has been able to free up some funds with the sale and he is believed to have put the Villa outcast, who has endured a torrid year at the club, at the top of his list. The Scotland international worked under the Sunderland boss when they were at Leeds United and a reunion with his former boss could help get his career back on track.

Hugill scored 12 goals under Grayson at North End last season but it could take an offer around the £1.5million mark to land the striker, who is a big part of the first-team plans.

Sunderland return to Championship action on Sunday when they travel to Norwich City and the visitors are 4.00 outsiders to win, a draw is priced at 3.60 whilst the Canaries are 1.95 favourites.