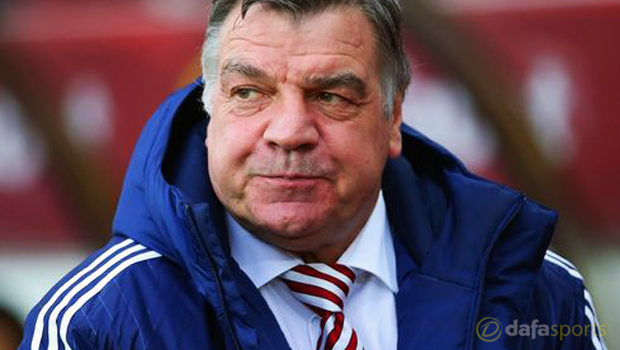 Defender John O’Shea has likened aspects of Sam Allardyce’s management style to Sir Alex Ferguson and insists he is desperate to succeed at Sunderland.

‘Big Sam’ took over earlier this season and was charged with the task of steadying the ship after the Black Cats’ woeful start to their campaign.

Results have improved slightly, but the Wearsiders are still in the relegation zone with just 19 points from 23 games played.

They still have time to move up from 19th and secure another season in the Premier League and have been busy recruiting in January, with Jan Kirchhoff, Dame N’Doye and Steve Harper now on board.

Whether or not it is enough to stave off the threat of relegation only time will tell but O’Shea believes they have a manager who has a burning desire to make the club competitive once again.

“He’s not come in here just for the sake of it, he wants to get Sunderland up the table and to be a force in the Premier League as quickly as possible,” he said.

“And he’s hoping he’ll obviously get the backing to do that, but also to get the structure around him.”

O’Shea played under Ferguson at Manchester United when asked whether he felt Allardyce has similar attributes to the Scot, widely considered one of the game’s greatest ever managers, the Republic of Ireland defender concurred.

“Yeah, in terms of the man-management, without a doubt,” he added. “That just comes, I’m sure, from the experience of being in the game and having an understanding of certain situations, how to deal with players, groups of players, the mentality side of things.”

Sunderland are next in league action when they welcome high-flying Manchester City to the Stadium of Light on Tuesday February 2 and are priced at 6.50 to take all three points, with City on offer at 1.50.