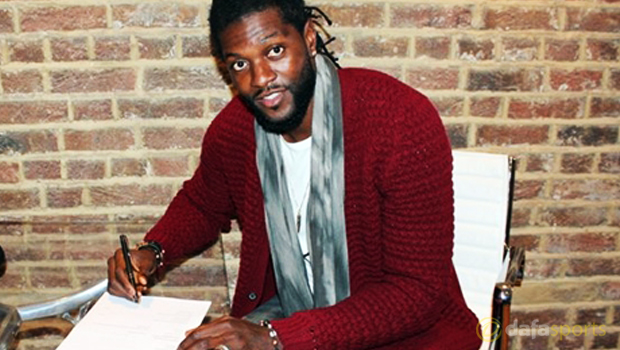 Striker Emmanuel Adebayor insists he is ready to get straight into the thick of the action after penning a six-month loan deal with Crystal Palace.

The 31-year-old left Tottenham by mutual consent in September last year, after scoring just two Premier League goals from 13 appearances during the previous season, and has been undertaking his own fitness regime back in Africa.

There were rumours that a few clubs were thinking about taking a punt on the Togo international hit-man, who comes with a bit of baggage but knows the way to the opposition net when on top form, but it was Alan Pardew who got in first.

And it is goals that Palace need as they are in danger of seeing what could have been a superb season slip into mediocrity, with just two points from their last six games including a run of four straight defeats.

The Eagles have scored just once during that sequence – and that was an own goal – and they are next in top-flight action when Bournemouth are the visitors to Selhurst park on Tuesday, February 2.

Whether or not the former Arsenal star is involved only time will tell but he is clearly champing at the bit to get back into the big time.

“I have been working out every day and played a lot of games in Africa. It is not the same level, but the way I played it I played as if I was playing in the Premier League,” Adebayor told www.cpfc.co.uk.

“Maybe Saturday, maybe Tuesday night, maybe next weekend, we will all know where I am.”

Palace are 2.25 to beat the Cherries, with Eddie Howe’s men on offer at 3.30 but, before then, the south London club face Stoke City in the FA Cup fourth round on Saturday.

Pardew’s charges can be backed at 2.15 to beat the Potters, with Mark Hughes’ men priced at 3.60.