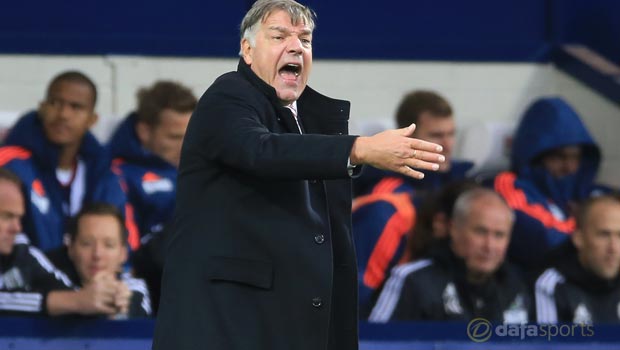 Sunderland boss Sam Allardyce has hit out at a “huge mistake” that he claimed cost his side vital points against West Bromwich Albion.

The former West Ham boss took over from Dick Advocaat at the Stadium of Light and saw his new troops lose their first game as they went down 1-0 at the Hawthorns.

However, Allardyce was left less than impressed by the decisions of referee Martin Atkinson, in particular, the call to allow what turned out to be the winning goal from Baggies striker Saido Berahinho to stand.

In the 54th minute Berahinho challenged Sunderland goalkeeper Costel Pantilimon for a cross and ended up tapping a loose ball into an empty net.

Allardyce and Sunderland’s players felt the goal should not have stood for a potential multitude of reasons, claiming Berahinho first fouled the keeper, then handled the ball as it dropped, before kicking it out of Pantilimon’s hands as the Sunderland stopper dived on the ball on the floor.

“It is clear that Berahino has jumped into Pantilimon, not even looking at the ball and, even after that, he has handballed it as it has come down, to his advantage, because he knocked it in front of him and scored,” the Black Cats boss said.

“So, it is a clear foul from our point of view, in two areas. It is two mistakes in one, which is hugely disappointing.”

The result leaves Sunderland second bottom of the Premier League with only three points from nine games, but their new manager admits he saw positives in his first game in charge.

Allardyce added: “West Brom really created nothing, no clear-cut chances, which was a good basis for us to build on.

“We have had a point taken away from us which was not our fault. That is a hugely precious point, even at this early stage of the season. I think it is a huge mistake from the referee today.”

Next up for Sunderland is the Tyne-Wear derby against Newcastle next Sunday at the Stadium of Light. The Black Cats are the marginal 2.50 favourites to register their first win, while Newcastle are 2.80 to take the local bragging rights with the draw at 3.25.