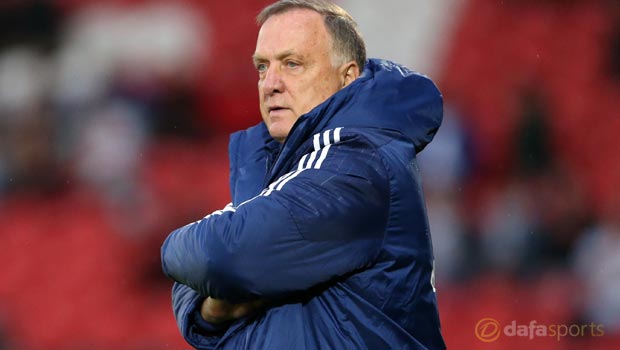 Sunderland boss Dick Advocaat was struggling to come up with any positives after his side suffered a third pre-season defeat on Wednesday at the hands of Doncaster Rovers.

The Black Cats arrived at the Keepmoat Stadium hoping to banish the losses to third-tier American outfit Sacramento Republic and Mexico’s Pachuca but once again there was little to shout about for the Premier League club.

Goals either side of half-time from Cedric Evina and Harry Forrester saw Doncaster triumph on the night and handed Advocaat another problem ahead of the new season.

Sunderland did make a bright start to the game and recent arrival Jeremain Lens impressed throughout the contest, with his pace and tenacity a constant threat.

However, when the first goal went in the heads dropped and the away side lacked any real cutting edge from then on and struggled to test the League 1 outfit.

Summer arrival Younes Kaboul also made an appearance after coming off the bench in the second half and the former Spurs skipper gave a decent account of himself.

It is the attacking prowess of the team that seems to be lacking at the moment, though, and the failure to score against Doncaster may force the Premier League club to bring in more new additions to the squad.

Sunderland have just one pre-season game left against Hannover on Saturday and Advocaat is hoping his players can produce a better performance against the German side.

“The fitness has to be there but it was a poor result, so hopefully on Saturday we can show how far we are with our progress when we face Hannover,” he said on the Sunderland’s official website.

Sunderland narrowly stayed up last season and the Black Cats are priced at 3.00 to be relegated this year while they are an 8.50 shot to finish bottom.