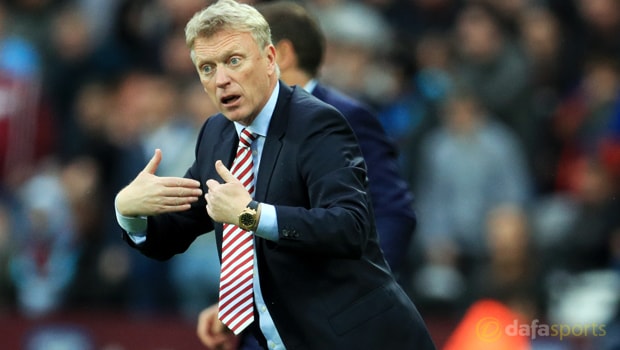 Sunderland boss David Moyes hopes a good run in the EFL Cup can help improve his side’s poor form in the Premier League.

The Black Cats will head into Wednesday night’s fourth round clash with Southampton at the foot of the league standings, after picking up just two points from their opening nine top-flight matches this season.

Moyes is yet to taste league success since succeeding Sam Allardyce as manager during the summer, with his only victories to date coming in the EFL Cup against League One side Shrewsbury and Championship outfit Queens Park Rangers.

The former Everton boss is now hoping another cup victory at St Mary’s Stadium this week can kick-start his side’s troublesome league campaign.

Asked if a cup run can boost his side’s league form, Moyes said: “Yes, I think it can. Look, I genuinely want to go and get through. It’s a tough game, a tough draw for us to go away to Southampton.

I think if we were at home we would be saying ‘We’ll have a bit of that’.”

The 53-year-old knows his side will have to be at their very best if they are to defeat the Saints, who have only lost one of their last nine matches in all competitions, but he hopes the south coast club’s hectic schedule can play into his team’s hands.

He continued: “I don’t know what they’ll do, but they have had a really busy schedule with being in Milan, being at Manchester City.

“They have got a good squad, they have got good players, but my feeling is they will probably change their team as well.”