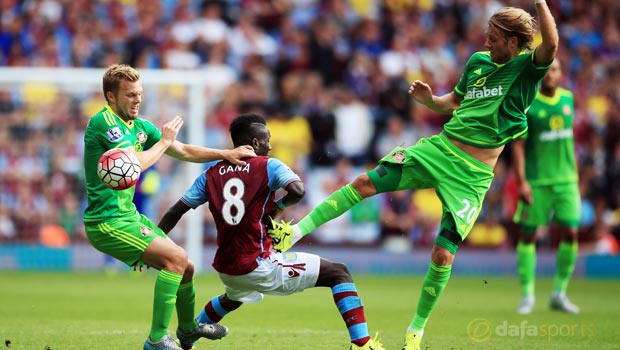 Sunderland attacking midfielder Ola Toivonen admits he could make his switch from French club Rennes permanent in the summer.

The Swedish international recently arrived at the Stadium of Light on a season-long loan and made his debut off the bench in the 2-2 draw at Aston Villa.

Toivonen impressed in his outing at Villa Park, setting up former PSV Eindhoven team-mate Jeremain Lens for a second-half equaliser.

It already looks like he could become a key player for the Black Cats in their fight against the drop and boss Dick Advocaat will be looking for him to add some extra quality in the middle of the park.

Having come close to going down in each of the last three seasons, Sunderland are the current 1.53 favourites to be relegated.

That could well have an impact on whether or not Toivonen joins permanently, something he admits may eventually be an option.

However, the 29-year-old is not really thinking about that yet and is instead concentrating on helping the Wearsiders retain their Premier League status.

“I’m due to go back to Rennes after the loan, but perhaps I will stay at Sunderland,” he said.

“It is a thought you have in your head. But it is too early to talk about that. We have agreed a deal for a year and then we will see how it goes.

“I’ll try to help to keep Sunderland in the Premier League.”

Following his strong showing at Villa Park, Toivonen could make his first start on Sunday against Tottenham, a game his side are 3.80 to win, with the draw 3.40 and Spurs are at 1.95.