Stoke keen to tie down defender 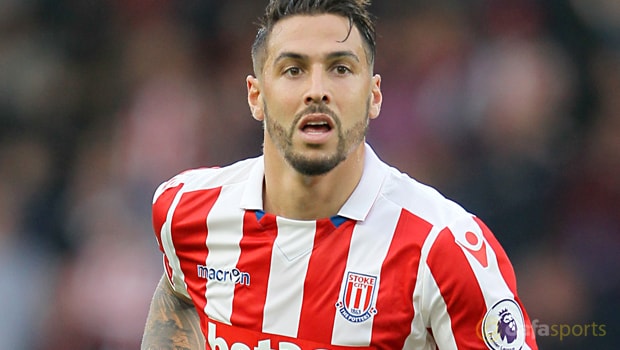 Stoke defender Geoff Cameron says he is in talks with the club over a contract extension despite receiving offers to move on.

The 31-year-old joined the Potters in 2012 from MLS outfit Houston Dynamo and was used heavily by Tony Pulis before he left the club.

The American remained a favourite under Mark Hughes until the arrival of Bruno Martins Indi on loan from Porto for the current campaign.

The defender has been limited to just seven Premier League appearances while a knee injury in October has also hampered his progress.

Cameron is now in the final 18 months of his current deal with Stoke and says he is keen to keep challenging himself in the Premier League, having rejected the chance to join an overseas outfit.

“I have this season and then next season is my last year and Stoke are interested in trying to re-sign me now and we’ve had talks,” Cameron said.

“I’ve had offers before in other transfer windows to go to Italy, Spain and Germany but it’s funny because a lot of those players want to come and play in the Premier League.

“I think the weather would be a little bit nicer in Spain and it would be a challenge and cool to play in Italy to get a whole different type of scenery and challenge, but I don’t think there’s a bigger challenge than playing in the Premier League every weekend.”

The Potters have recovered after a slow start to 2016-17 and currently find themselves 11th in the table, with Hughes eager to tie down as many of his key players in order to continue the club’s progress.

Stoke can be backed at 2.40 to pick up a victory on their next outing when they travel to face struggling Sunderland, who are priced at 3.00 to claim all three points, with the draw available at 3.30.