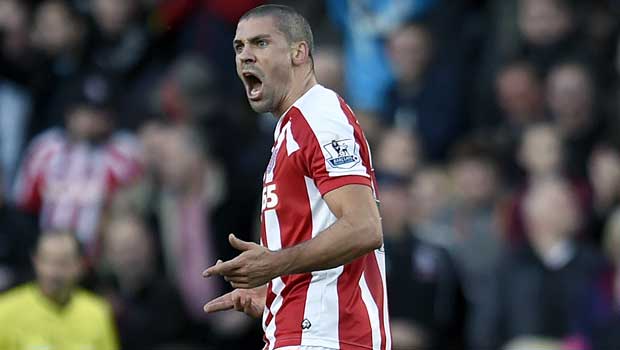 Stoke City striker Jonathan Walters insists everyone at the club is doing their best to improve on their Premier League position from the 2013/14 season.

The Potters, 31.00 to win the FA Cup, finished in a respectable ninth last season, although they were 19 points behind the final UEFA Europa League qualifying spot.

They increased their chances of beating last year’s success thanks to a 1-0 win over Leicester City on Saturdayafternoon. The game looked to be finishing level, but summer signing Bojan produced a moment of class to settle the contest.

His left-footed finish ensured Stoke picked up all three points and Walters was quick to praise the former Barcelona man.

He said: “What hasn’t been said about him? He’s got that bit of quality – he’s played for some of the best clubs in the world.

Stoke have only lost one of their last five Premier League games and Walters insists they are eager to improve on last year’s finish.

“I think if you stand still in this league you go backwards so our target has to improve on all of that.

“The manager and the staff have always said his teams tend to do well in the second half of the season. They get fitter and stronger and hopefully that will prove the case this year.”