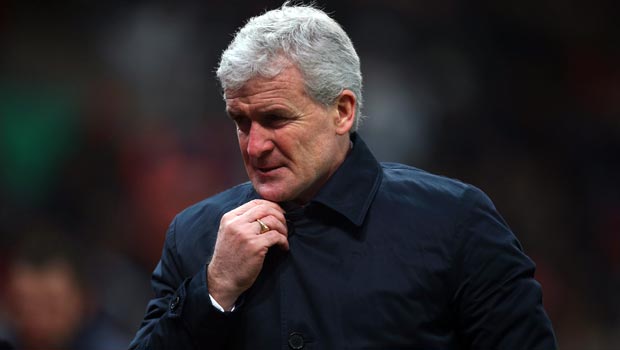 Stoke City manager Mark Hughes has admitted his side will need to be at their best to defeat Newcastle United at St James’s Park on Sunday.

Hughes’ men are tenth in the table having got 32 points from their 23 games this season, although Newcastle themselves have endured a similar campaign and lie just two points shy of the Potters in eleventh position.

Despite the similarities between the pair in the league this season, the corresponding fixture of the 2013/14 campaign showed a gulf in class between the two sides, as Newcastle went on to demolish Stoke 5-1 in a game that saw two Stoke players sent off and Hughes himself also sent to the stands.

Hughes refused to shy away from the fact his side were second-best when pressed on that fixture, but was keen to make clear his opinion on both the refereeing display that day and the current form his side are enjoying.

“It is never easy going to Newcastle, as we found to our cost last year,” said Hughes. “We hope the referee doesn’t play a part the way he seemed to in that game.

“John Carver, as a proud Geordie, will be getting them up for the game, which adds to the difficulty. But we are playing well at the moment and enjoying going on the road. So we’ll see what happens.”

“If you look at our squad, I think we have a good balance,” added Hughes. “But I think overall, if you compare our group to most groups in the Premier League, we are not a million miles away.”