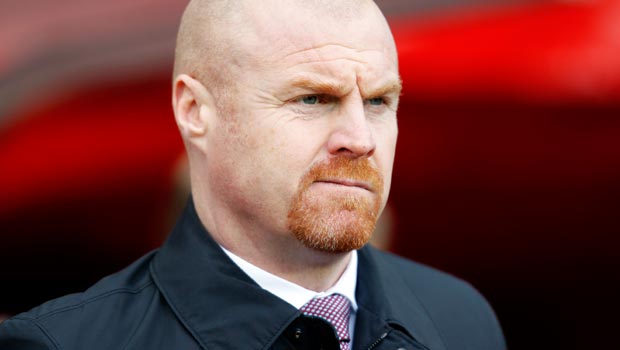 Burnley manager Sean Dyche has admitted ahead of his side’s game with West Brom on Sunday that he is unsure of Danny Ings’ future once the current Premier League campaign concludes.

The Clarets currently lie just inside the relegation zone in 18th position and have struggled for form of late, winning just one of their last five games in the league.

One of the bright sparks of Burnley’s season has been the 22-year-old Ings, who has got seven goals in the Premier League across 22 appearances this season.

The Englishman’s form attracted interest from Liverpool and Tottenham during the winter transfer window but, despite late speculation surrounding a move away, the Clarets held onto their star man.

A win over the Baggies on Sunday will lift Burnley out of the drop zone and into 15th position in the table. While Dyche has admitted he is unsure on the future of Ings – whose contract expires in the summer – past the current season, he insists his sole focus is securing three points at Turf Moor.

“The signs are he’s going to let his contract run down,” said Dyche, whose side is priced at 2.59 to win on Sunday. “But we’ve got good relationships with our own players and we’re really open with them.

“He’ll have a choice, and players have a bigger choice than they’ve ever had. It’s not a bad thing, it’s just more open. I can’t guarantee either way.”

“I’ll leave that to the powers that be, any clubs that are interested, our club, agents get involved,” he added.

“My focus is on him being a footballer and him playing football. Me and Danny have spoken about it, we’ve said just concentrate on your football and play with a smile. That feeling, that energy comes with what you’re doing.”

West Brom travel to Turf Moor as slight underdogs at 2.93 to get the win, while the draw is priced at 3.10.