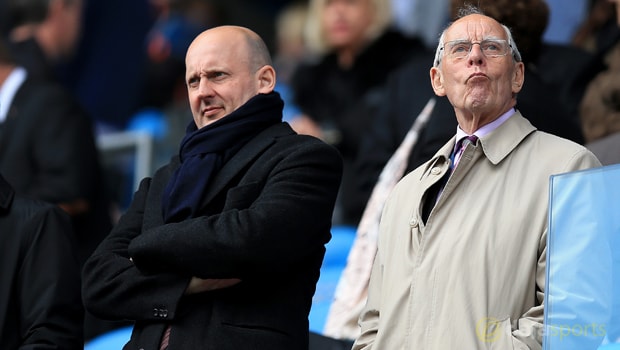 Sturridge has struggled to force his way into contention on a regular basis with the Reds this term, leading to speculation he could be sold.

Jurgen Klopp has preferred to utilise Roberto Firmino as his central attacking option, with Philippe Coutinho and Sadio Mane deployed on either side.

Liverpool’s strong start has made it extremely difficult for Sturridge to break into the starting line-up despite his goals in the EFL Cup.

Reports have linked Sturridge with the likes of West Ham, Southampton and Stoke, with suggestions he would cost in the region of £28million.

Coates insists the Potters rumours aren’t true but he did admit there can often be shocks when the transfer market opens in January.

“No, it’s not (true). But that’s how the media works, there are always lots of headlines and pieces like that with players and other clubs and it goes on,” said Coates.

“He is a fine player, I like him very much, so who knows in football, it is an uncertain business where you get a lot of surprises.”

The Potters have recently recovered from a poor start to the season and it appears that the addition of Wilfried Bony to their frontline over the summer may finally be starting to pay off.

Stoke, who are priced at 13.00 to be relegated, drafted in the Ivorian on loan from Manchester City but may see Sturridge as a long-term option if they can secure his services on a permanent deal.