PSG planning to sign Camavinga as a free agent next season 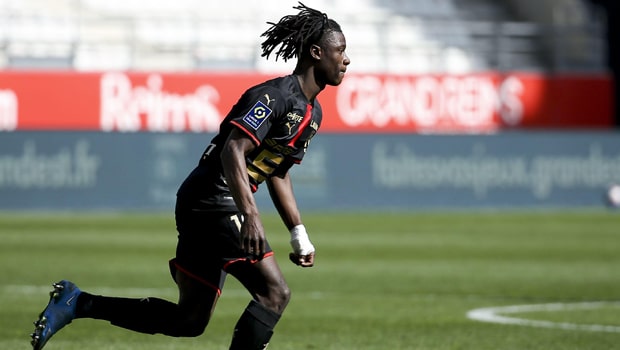 It is no longer news that PSG are keenly interested in Rennes midfielder Eduardo Camavinga.

But indications have shown that the Ligue 1 giant is planning to wait till the end of his current deal with the club in a year to sign him on a Bosman deal.

Since PSG is not ready to splash further cahs on him, the Breton club has resigned itself to letting him go for much less than what they wanted to get on him a few weeks ago.

Despite signing  Gianluigi Donnarumma, Sergio Ramos, Georginio Wijnaldum, and  Lionel Messi on free transfers, PSG appears not to be done in the transfer market. Since they have only spent around 60 million euros on Achraf Hakimi, the Paris club can still sign and not run foul of the Financial Fair Play rule.

However, many have seen the arrival of Messi to be stratospheric. This is due to his weekly wage of 1m Euros. Thus the arrival of the six-times Ballon d’Or winner at the Parc des Princes constitutes a huge financial burden for the Ligue 1 club.

Although the club had said, it stayed within the rule to sign Messi.

To get Camavinga for a cheap fee, reports in France say the Paris club might wait till August 31, the last day of the summer transfer window, to make a deal.

Meanwhile, further reports are that Stade Rennais is still hoping that the promising midfielder with ​​sign a contract extension. But if they failed to achieve that, the midfielder is free to discuss with any club from next January, six months before his contract expires.

But now that the transfer window remains open, anything can play out, which all stakeholders are well aware of.

But the French internationaln favours a move to PSG as reporeted by L’Equipe, Rennes. It was also reported that Rennes might eventually sell him this summer for around € 30m to avoid losing him for nothing next summer.