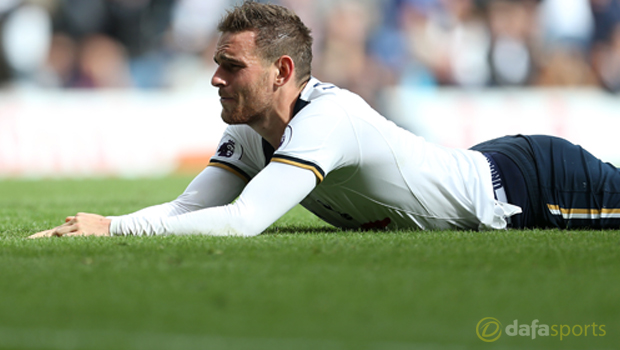 Tottenham striker Harry Kane felt his partnership with new signing Vincent Janssen worked well in the win over Crystal Palace, despite neither player troubling the goalkeeper.

Kane, the Premier League’s leading scorer last season with 25 goals, found himself playing in a slightly deeper role when Palace visited White Hart Lane, with Janssen the more advanced of the pair.

Spurs needed a late header from summer signing Victor Wanyama to secure the three points but Kane was positive about his blossoming partnership with 22-year-old Dutchman Janssen.

There was some good link-up play between the two and, on another day, Kane felt they could both have walked away having hit the back of the net.

“I thought we played well together. He likes to hold it up and bring others into play,” Kane said.

“We created a lot of chances and on another day I think we both could have scored a couple of goals.”

Kane has been used to leading the line for Tottenham since he broke into the first-team but the 23-year-old says he is accustomed to playing in a No 10 role from his youth.

The England forward has no problem playing that role now and is eager to form a partnership with Janssen if boss Mauricio Pochettino affords them that chance.

He has no doubts that the goals will soon be flowing if that becomes the case.

“If the manager wants us to play together throughout the season then we are more than capable of doing that. We will create a lot of chances and score a lot of goals,” he added.

“I played as a No 10 throughout my time in the youth team and a lot growing up so I am used to that position.

“It feels like a long time ago now but I am happy to play that role and I think it worked well on Saturday.”

Kane is 11.00 to be the leading goalscorer in the Premier League this season, while Tottenham are 2.20 to finish in the top four.