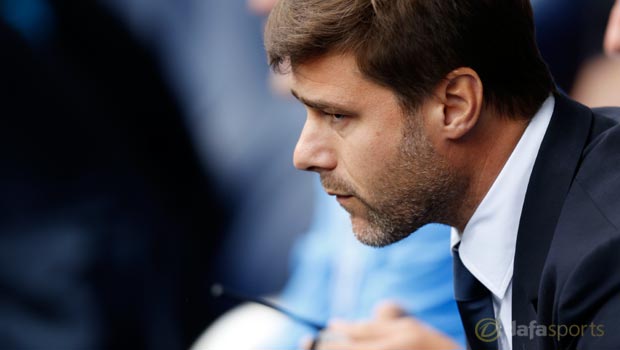 Mauricio Pochettino admits he needs to add two new players to his Tottenham squad before the transfer window closes following the departure of Roberto Soldado.

Spurs had no recognised strikers on the bench for Saturday’s 2-2 draw with Stoke City and looked toothless when Harry Kane was substituted in the second half.

Soldado was sold to Villarreal last week following a dismal two-year spell at White Hart Lane, while Pochettino did not even select Emmanuel Adebayor for the bench.

Tottenham announced the signing of Lyon’s Clinton Njie on Saturday but Pochettino is refusing to panic as he looks to strengthen his squad further.

“It was a club decision to sell Soldado. A club wanted the player and the player wanted to leave,” Pochettino said. “This was his decision from the first day of pre-season.”

Spurs are reportedly interested in signing West Brom’s Saido Berahino but Pochettino would only add: “When will the club sign a striker? Maybe next week, or the next – we need one or two players more.

“You start the season and the transfer window is still going on, the business happens in the middle.”

Spurs are available at 11.00 to clinch a top-four finish this season and 2.70 to win their next Premier League match at Leicester City on Saturday.