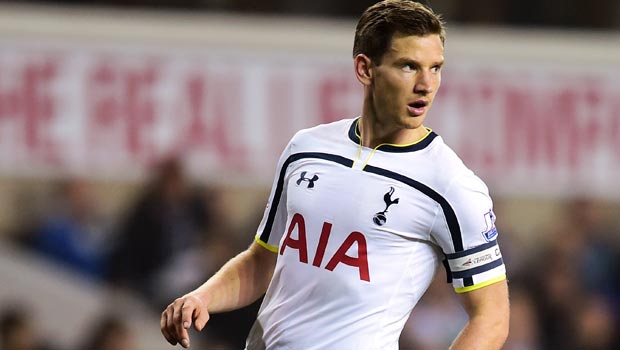 Tottenham have endured a torrid time in the Barclays Premier League this season in games played on the back of Europa League ties.

Already, Spurs have lost at home to Liverpool, West Brom and Newcastle following their Thursday night exploits and defender Jan Vertonghen has demanded significant improvement when they face Stoke at White Hart Lane.

The Belgian felt his side were fortunate to take all three points against Asteras Tripolis and has been quick to warn him teammates Stoke will not be as forgiving.

“Of course, we won, but it was not that positive, so we have to analyse this game and see where it went wrong. Then we have to continue and avoid making those mistakes in the next game,” Vertonghen warned.

“That’s what we have to do against Stoke, because if we make these mistakes against Stoke probably we will lose this game.”

The midweek victory came on the back of their late success at Villa Park last Sunday meaning Spurs are aiming for four wins in a row.

Pochettino will want his players to take advantage of Liverpool’s latest setback against Chelsea and move three points clear of the Reds in the table.

The sides are likely to be in direct opposition for European places come the end of the season – both ultimately having designs on a top-four finish.

Stoke are exactly the type of opponent Spurs struggle to break down at home and all eyes will be on the teamsheet to see if Pochettino gives in-form Harry Kane a first league start of the season.