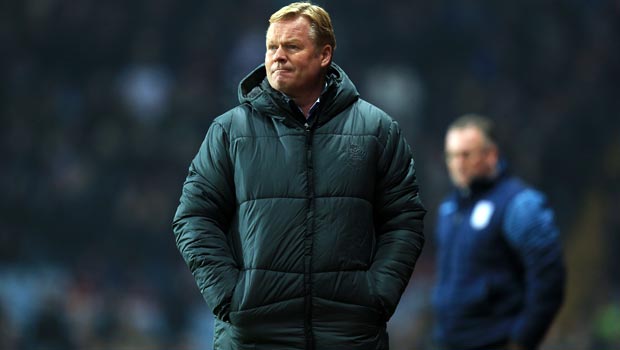 Southampton manager Ronald Koeman admits the “crazy” festive fixture list will be tough for him as it is a step into the unknown.

The Saints have enjoyed a sensational start to the Premier League campaign and currently sit in second place in the standings with 25 points from 11 games played.

They are seven points behind table-topping Chelsea but could reduce the gap with victory over Aston Villa at Villa Park on Monday night.

And, with so many difficult games on the horizon, three points for the south-coast club, who are priced at 1.77 to win, could be vital if they are to maintain the challenge for a top-four place.

Southampton have won an incredible eight of their last nine top-flight games, with their only blip coming against Tottenham.

But they have yet to face any of the so-called big teams, with Newcastle the highest-placed team that they have squared off with to date.

But all that is about to change, with games against Manchester City, Arsenal, Manchester United, Everton and Chelsea all before the turn of the year while the Gunners will again be the opposition when they visit St Mary’s on New Year’s Day.

Playing so many games in such a short space of time is part and parcel of life in English football but is not a situation that happens universally, with many foreign leagues taking a winter break.

And Koeman believes it will be a test of his managerial prowess to cope with a situation he has yet to encounter.

“It’s difficult because I don’t have experience playing that number of games in such a short time,” he said. “I always used to be on holiday during Christmas and now we have a lot of games to prepare for.

“I told the players, ‘honestly, I don’t have that experience’, it’s difficult.”