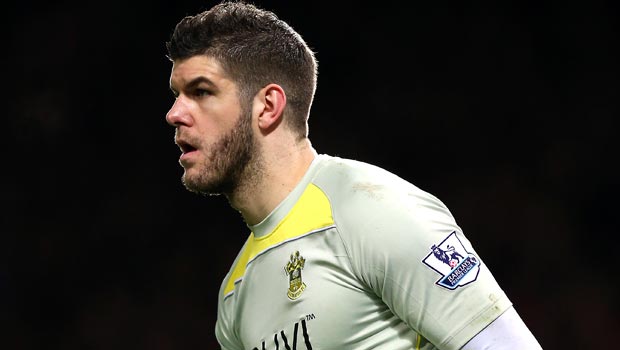 Southampton goalkeeper Fraser Forster insists the whole squad deserves credit for their impressive defensive record, which currently stands as the best in the English football ladder.

Forster has further enhanced his reputation this season, since joining the Saints from Celtic in the summer for a fee understood to be in the region of £10million.

The England international has kept 11 clean sheets so far this term, the best record of any of the goalkeepers in the Premier League.

In 24 games, the south coast club have shipped just 17 goals giving them the best defensive record of any of the 92 league clubs in England.

However, Forster refuses to take all the credit for the shut-outs and insists that the outfield players deserve recognition for keeping chances down to a minimum.

Forster said: “As a team we are proud. We defend from the front, work very hard out of possession and put teams under pressure.

“It’s credit to the team, and the back four have been so important in limiting teams’ opportunities against us.

“If you can keep it 0-0 as long as possible, with the quality we’ve got up front, we’re always going to score goals,”

Forster was called into action on a number of occasions in the 1-0 win at QPR over the weekend and made one incredible save from point-blank range, turning the ball over after a header from Charlie Austin.

He added: “I just stuck out my arm.

“It’s nice to make the save but it’s all about the team.