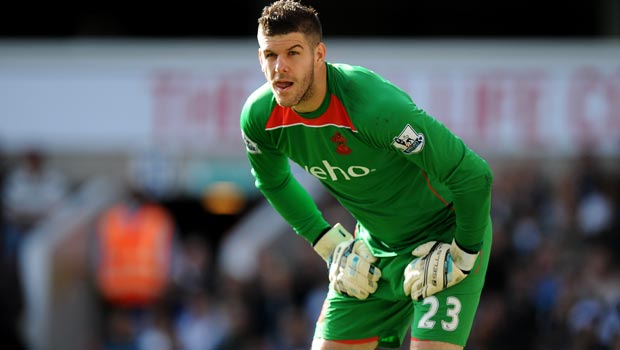 Southampton goalkeeper Fraser Forster insists he is enjoying his ‘fresh start’ after joining in the summer from Celtic.

The England international enjoyed a number of seasons at Celtic Park as he helped the club into the UEFA Champions League on numerous occasions. He also won a number of trophies during his time in Scotland, but his current club are also on the rise.

Southampton have enjoyed a sensational start to the Premier League under new boss Ronald Koeman and they currently sit second in the table.

Before the start of the campaign many expected the Saints to be battling relegation, but they have responded in the best possible fashion.

While the 26-year-old admitted he enjoyed his time north of the border, he insists he is loving life on the south coast.

He said “I’ll always be thankful for what Celtic did for me.

“I have absolutely tremendous memories from there. I just felt in the summer it was time for something new, a fresh start. Southampton gave me that and we’ve had a great start. It’s been brilliant and I’ve loved every minute.

“It’s now important to work as hard as I can, play as well as I can and see where we go from there.

“Credit for our start goes to the manager, Ronald Koeman, and the coaches for the side they have put together.

“But it’s only a start. There’s still three-quarters of the season to go. It’s important we hit the ground running again after the international break.”

Forster is set to start on Monday night against Aston Villa in the final Premier League clash of the weekend. The Saints are 1.74 to win, with the draw 3.53, while the Villains are 4.72 with Dafabet.