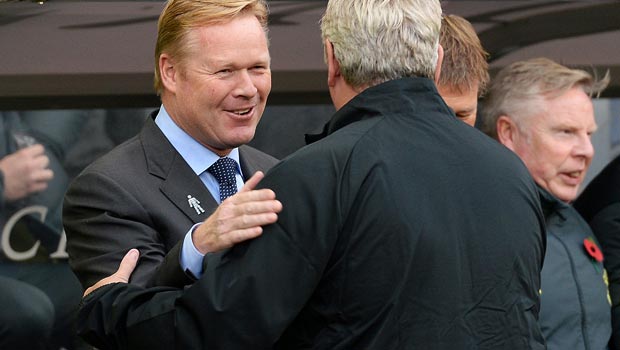 Saints have now won 10 of their last 11 matches in all competitions and lie second behind Chelsea in the Premier League.

The Saints’ faithful at the KC Stadium began chanting about a potential title challenge but their manager was keen to laugh off any suggestion his side can push Chelsea all the way.

“That’s always positive but that’s not what will happen,” Koeman said.

“But to continue winning and being up in the table, why not?
Expectations are high but I like that because we would like to win something.”

Southampton have a Capital One Cup quarter-final against League One Sheffield United to look forward to next month and the Saints are 6.00 to win the competition.

Maintaining the winning run can bring Southampton to places they may not have believed possible when the Dutchman took over in the summer.

Koeman insists the squad are in a good place and feels the winning mentality can carry them towards European qualification.

“Football players like to win games and if you win games, you will have good possibilities,” Koeman said.

“Maybe to play in Europe, you never know.”

With six clean sheets in ten league games this season and just a miserly five goals conceded, Southampton will be confident of maintaining their run of form when Leicester City visit St Marys next Saturday.

The home side are installed as 1.46 favourites to continue winning ways against a Foxes team which has suffered four defeats in five games, and are on offer at 5.60 for the win with the draw at 4.23.