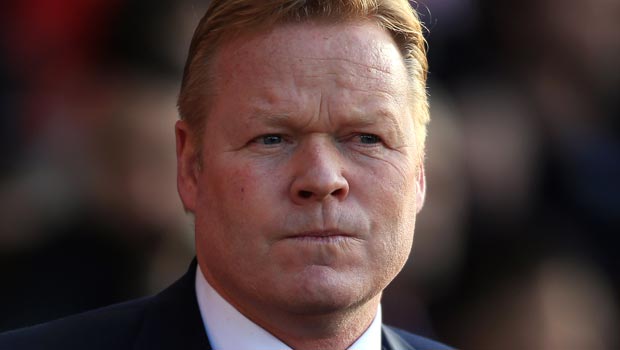 Southampton boss Ronald Koeman says any personal issues he has with his Manchester United counterpart Louis Van Gaal will be put to one side for Monday’s clash at St Mary’s.

The two Dutch coaches had a high profile falling out when they worked together at Ajax over a decade ago despite having a successful stint together at Barcelona prior to their roles in Amsterdam. The then Ajax boss Koeman and technical director Van Gaal will now come up against each other in the Premier League for the first time on Monday night.

The Saints boss however insists that any such issues will have no bearing on the match between the Premier League’s third and fourth-placed sides.

He said: “It is no issue. If we see each other, we shake hands. And that’s enough. The game is Southampton v Manchester United, and the game needs that attention.”

The 51-year-old, who is in his first season on the south coast, has made a fantastic start to his career in the Premier League. The side who finished eighth under Mauricio Pochettino last season are currently in third place after taking 26 points from their opening 14 games and sit a point ahead of their next opponents, despite losing back to back games against Manchester City and Arsenal.

The former Feyenoord boss is still in confident mood despite the recent defeats, although he admits the losses have added greater significance to Monday night’s encounter.

Southampton are priced at 2.68 to win against the Red Devils, who are available at 2.50 with the draw at 3.22, as they aim to end their recent losing streak.