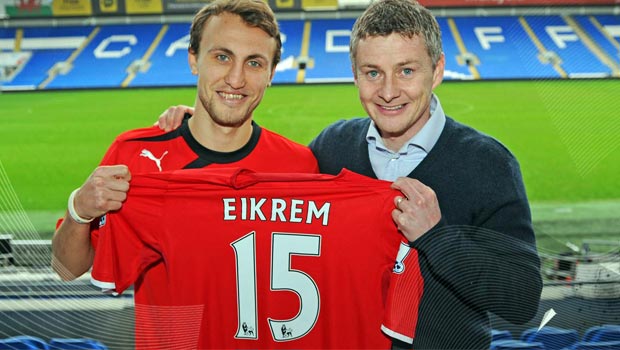 Cardiff City boss Ole Gunnar Solskjaer is delighted to have completed the signing of Norwegian midfielder Magnus Wolff Eikrem from Heerenveen for an undisclosed fee.

The 23-year-old ex-Manchester United youth team starlet worked under Solskjaer at their former club Molde – where they won two Norwegian league titles – before Eikrem moved to the Netherlands.

The midfielder, a Norway international, was at St James’ Park to watch Cardiff’s 2-1 FA Cup win over Newcastle last weekend and Solskjaer can’t wait to integrate his first signing into the Bluebirds’ squad.

He said: “I’ve known Magnus for many years, having worked with him at Manchester United and then signing him for Molde. While I was there I had to sell him as he was our best player – and now I feel lucky to get to sign him again for Cardiff City for a reasonable price. I see this as money well spent.

“He’s a playmaker, a quarterback if you will, someone who likes to get on the ball and can see a pass.

“He’s technically very good, including set pieces and has great vision. Magnus will add a lot to Cardiff City and will blend in very well with the midfielders in the squad.”

Eikrem left Old Trafford in 2011 without playing a first-team game, although he was an unused substitute in three League Cup matches.

His first taste of senior action in England could come when Cardiff City entertain West Ham United in the Premier League on Saturday, with Solskjaer’s new side looking to distance themselves from the relegation scrap.