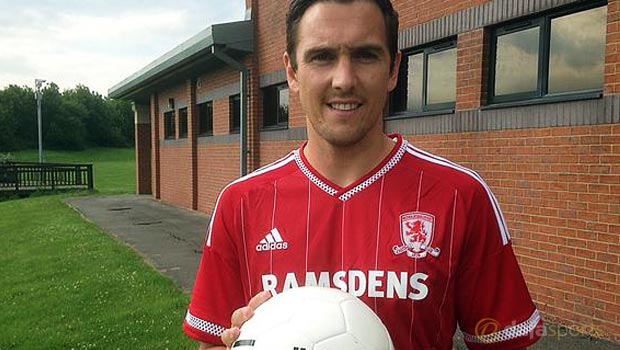 West Ham manager Slaven Bilic has revealed Stewart Downing’s desire to go back to his home-town club was the deciding factor in his move to Middlesbrough.

Bilic says he did not want the midfielder to leave the Boleyn Ground but the 30-year-old made it clear he had set his heart on a return to the Riverside Stadium.

West Ham accepted Middlesbrough’s bid of £5.5m – a fee that will rise to £7m should Downing help Aitor Karanka’s team into the Premier League.

Downing enjoyed a return to form under Sam Allardyce last season, even finding his way back into the England squad, but Bilic says there was nothing he could do to persuade the player his future was in east London.

“I didn’t want him to go, he’s a quality English player and I know how hard it is to get the quality ones,” said former Croatia boss Bilic.

“Of course I rate him; I tried to persuade him to stay with us.”

Bilic went on to explain how the opportunity to go back to the club where it all began was the game-changer for former Aston Villa and Liverpool man Downing.

“I was counting on him big time, but he told me that he wanted to go home,” Bilic said.

“He said, ‘I like you and everything, but I want to go home. If it was any other club, I would stay here’.

“Maybe I could have stopped him, and all that, however it is not what we wanted to do, but he wanted to leave.”

West Ham face Arsenal at the Emirates on the opening weekend of the new season, a game the Hammers are 9.00 to win.

Middlesbrough are 4.00 to earn promotion next season while Karanka’s team are 10.00 to win the Championship.