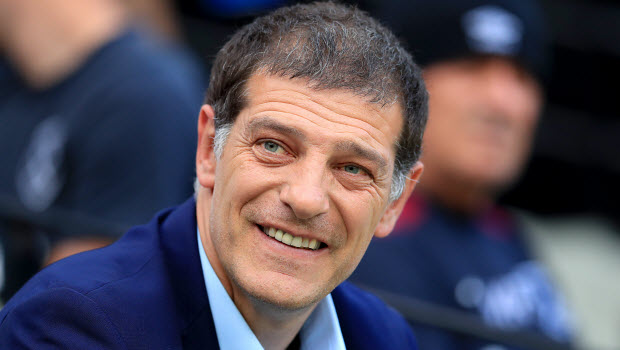 Slaven Bilic admits West Ham’s “biggest derby” against Tottenham on Saturday is the start of a huge run of games for his side.

After guiding the club to seventh in his maiden campaign in the dug-out, the former Hammers defender has struggled to ignite his team in a similar fashion this time around.

Just three wins in total has left the east Londoners 17th in the table, with an inability to adapt to their new home, the London Stadium, a worrying trend.

However, Saturday sees them travel to Tottenham before a run of matches that also includes a clash with Manchester United in both the Premier League and the EFL Cup, as well as games against Arsenal and Liverpool.

West Ham’s poor start has inevitably led to questions surrounding Bilic’s future at the club and continuing their negative run could lead to the board taking action.

For now though, the Croatian is focussed on the task at hand and will be hopeful in the knowledge that his players often raise their game against the better sides.

The 48-year-old believes games with Tottenham mean more to West Ham than against any of their other London rivals and has challenged his players to make a good start to what looks set to be a tough few weeks.

“That is always a big game against Spurs and maybe the biggest derby for West Ham,” Bilic told whufc.com. “It is a start of five major games.

It is important to start after the international break with a good performance.” Tottenham are 1.53 to win on Saturday, with the draw priced at 4.33 and the Hammers the 6.00 outsiders.