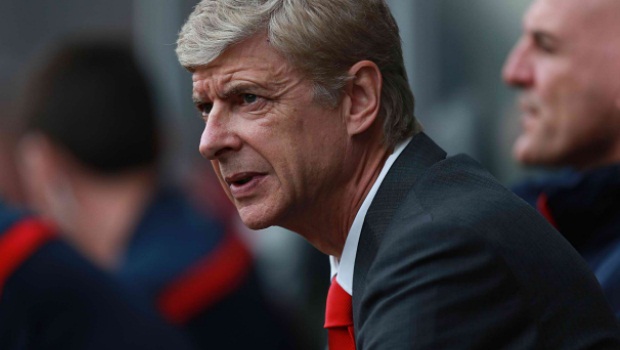 Arsenal boss Arsene Wenger claims there are six teams who have a realistic chance of winning the Premier League title this season.

The past two league seasons have seen Manchester United and Manchester City left to scrap it out for the title in a two-horse race after strong starts.

But this new campaign is already showing signs that it could be the most wide-open battle for the championship in the history of the Premier League. with only two points separating five teams after the opening five matches.

Manchester United are down in eighth following a difficult start but remain only five points off Arsenal in top spot.

The situation is unlikely to alter too much after the latest round of fixtures this weekend. with second-placed Tottenham playing host to fourth-placed London rivals Chelsea the pick of the games.

Wenger’s Arsenal have bounced back from an opening weekend 3-1 home defeat against Aston Villa with seven successive wins in all competitions and a Capital One Cup penalty shoot-out win at West Brom on Wednesday.

The French tactician is hoping his Gunners side can maintain their winning form but feels the quality of teams in the Premier League this season will make it difficult for them and give a larger number of clubs a chance of coming out on top.

He said: “I thought some teams could have a perfect start, but as you have seen everybody at some stage or another has had a bad result and that allowed us to bounce back.

“If you have a choice, that’s where you want to be [at the top]. It is a very early stage, but there is a compact group of teams.

“[I believe] five, six [teams can challenge for the title]. The top four of last year, Liverpool, Tottenham, all these teams, yes.

“If you look at the quality of the games, the whole season looks to be very promising.”