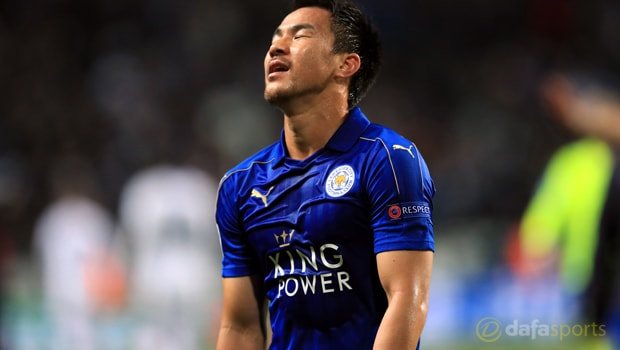 Shinji Okazaki believes he could be the man to fire Leicester away from a potential relegation battle.

The striker played a key role in last season’s title win, doing much of the unsung work as team-mates Jamie Vardy and Riyad Mahrez gained the plaudits.

However, despite investing in the summer, the Foxes have struggled so far this term and Saturday’s 2-1 defeat at Sunderland was their third defeat in four in the Premier League.

Okazaki scored his fifth goal of the season at the Stadium of Light and, having been forced to make do with a bench role for much of the campaign to date, will be hoping to be given a start on Wednesday when his side meet Porto in the Champions League.

Europe has provided Claudio Ranieri’s men with some respite and with them already guaranteed top spot in Group G, the Foxes can afford to relax at the Estadio do Dragao.

Despite their Champions League exploits, their domestic plight means Leicester’s main focus must be on staying in the Premier League, with them currently 10.00 to be relegated.

Okazaki believes he could be the man to make a difference if given more opportunities, as he feels he is getting better with every goal he scores.

“I finished the last season not satisfied, so my motivation for this season has been really high,” he said.

“I would like to help the team especially at this difficult moment – and I think I can. “My confidence to score goals is growing at the moment.