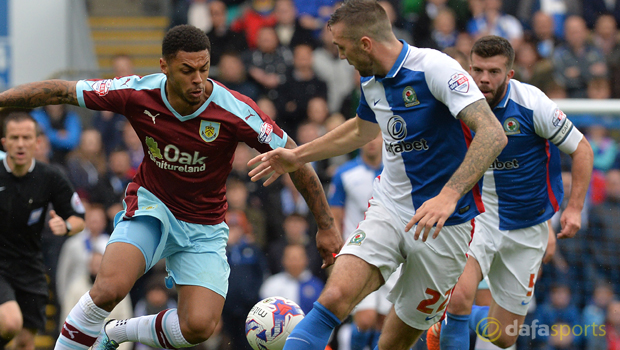 Blackburn Rovers defender Shane Duffy has told his side they must put their recent disappointing form behind them and bounce back against Leeds United at Elland Road on Thursday.

Rovers suffered a disappointing 1-0 defeat to rivals Burnley on Saturday and the result leaves the club languishing down in 18th place in the Championship, just two points above the relegation zone.

As frustrating as the loss was, fans will be buoyed by the number of chances they created and the overall performance their team produced on the day in the local derby.

The inability to find the back of the net could become a slight worry, though, and Rovers have now failed to score in their last three Championship outings.

Scotland international Jordan Rhodes has scored seven times in this campaign and the striker makes up over half of the 12 goals the entire team have managed.

Next up for Blackburn is a tricky away trip to Leeds, who are also struggling in the league and have recently replaced manager Uwe Rosler with former Rotherham boss Steve Evans.

Gary Bowyer’s men have only tasted success twice this season but Duffy, who has been at the club since September 2014, is confident the team can grab all three points.

“We’ve got to bounce back on Thursday and keep going,” he told Rovers Player. “It is a big game away at Leeds and we’ve got to put it right.

“We’re a strong group and I’m sure we’ll come good as the performances are there but just not the points.”

Blackburn, who could jump to 14th with a win depending on other results, are slight outsiders at 2.70, a draw is priced at 3.20 while the hosts are favourites at 2.60.