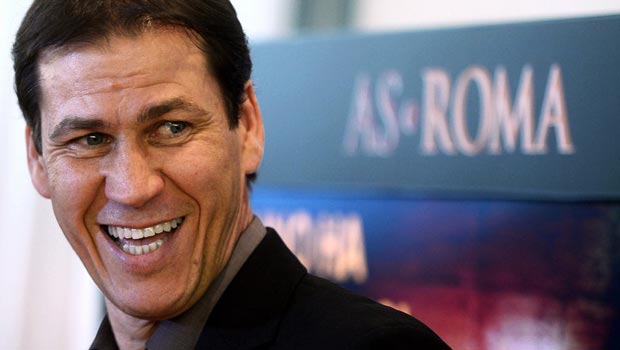 Rudi Garcia has told supporters not be to be lulled into thinking this season’s Serie A is a two-horse race between champions Juventus and his Roma.

Turin giants Juve made it three straight wins on Saturday courtesy of a Carlos Tevez winner against AC Milan and the capital club responded with a 2-0 home win against Cagliari at Stadio Olimpico on Sunday.

Critics have argued the race for the Scudetto is already shaping up to be a shoot-out between the two unbeaten sides, but Roma boss Garcia is not convinced it will be so straightforward.

“We cannot say that it is a title race between Roma and Juventus after just three games,” Garcia said.

“Roma is the most important thing to me. We want to get the three points every time we get on the pitch.”

Mattia Destro and Alessandro Florenzi were on target in sweltering conditions in the Eternal City and Garcia said the win was further evidence of how the Romans are becoming more savvy at grinding out important wins.

“This victory is a good sign of how we are maturing as a team,” he said. “As we play more games in both Serie A and the Champions League we have to learn how to manage games like this one.

“At the end of the day we are at the top of the table with nine points, not having conceded any goals so far this season,” he added.

“All these figures suggest that we made a good start to the campaign so far.”

Roma return to Serie A action on Wednesday when they travel to Stadio Ennio Tardini to take on Parma and are currently priced 2.01 for the away win. The home side are quoted at 3.65 and the draw is available to back at 3.35.