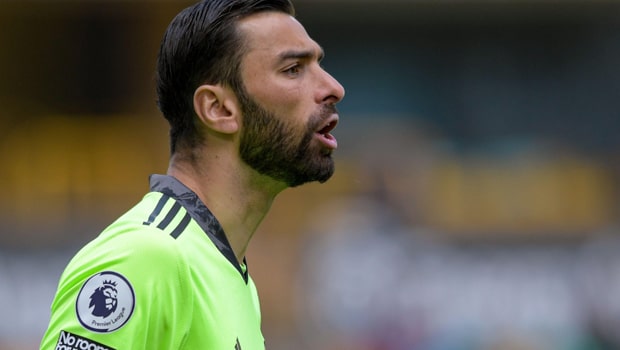 Portuguese goalkeeper Rui Patricio has left Premier League side Wolves to join Roma on a three-year contract for a fee worth 11.5m euros (£9.8m).

The 33-year-old will team up with compatriot and former Chelsea and Spurs manager Jose Mourinho who was appointed the team’s manager in the summer.

Meanwhile, Wolves who lost Nuno Espirito-Santo as manager will sign Olympiakos’ Jose Sa as a replacement for Patricio.

Also, Bruno Lage has replaced Nuno Espirito-Santo at the club as the manager ahead of the next season.

Patricio who is a European champion, after he won the 2016 European Championship with Portugal and played for them at Euro 2020, is Jose Mourinho’s first signing as Roma boss.

The goalkeeper who has played for Sporting Lisbon in Portugal before moving to Wolves was with the Portuguese side that got knocked out at the last-16 stage of the just concluded Euro 2020, spoke highly of Jose Mourinho.

“In Jose Mourinho, we are talking about one of the greatest coaches in the world, I am excited to start working with him,” Patricio said.

Meanwhile, Wolves striker Raul Jimenez will return to action for Wolves this weekend against Crewe in a Pre-season friendly.

The Mexican striker fractured his skull in a 2-1 victory against Arsenal in November in the Premier League after clashing with David Luiz and was only cleared to return to the pitch in May.

However, he was not risked for the final game of the season against Manchester United back in May to allow him to recover fully.

The forward will also miss out on the summer Olympic games in Tokyo and will play the rest of his career with protective headgear.

Furthermore, Wolves may lose Midfielder Ruben Neves to Premier League rivals Arsenal who have shown interest in the Portuguese Midfielder.