Posted by OLADIPUPO MOJEED on September 20, 2021 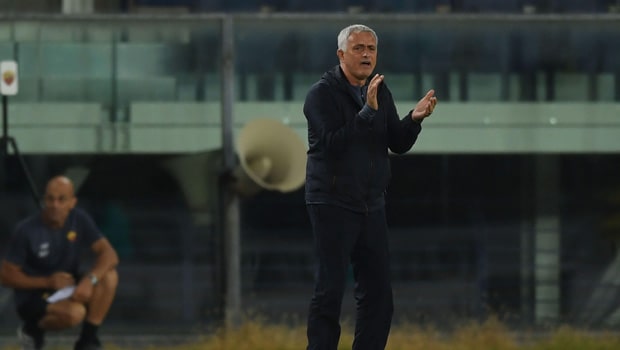 It is no longer news that Hellas Verona have handed AS Roma their first defeat of the season, but Jose Mourinho has admitted that he will need a few hours to figure out what just happened.

Roma had gone ahead before suffering a shock 3-2 defeat at Hellas Verona. The Giallorossi took the through Lorenzo Pellegrini’s sensational back-heel flick.

But Verona turned it around during the first match of former Juventus assistant manager, Igor Tudor.

Admitting that Verona have a lot of quality, Mourinho also noted that they were always difficult to play against, especially with a new manager in charge. Such change, Mourinho described as a psychological reaction, which Mourinho said was seen on the pitch on Sunday.

Speaking with DAZN after the game, Mourinho said Tudor’s style of football is similar to the one Hellas played last season under Ivan Juric. This, he said made the players find it easy to adapt to him.

Commending his team for putting in the effort, Mourinho, who is not complaining about their performance admitted that his lads lost too many individual duels against a Verona team that had more intensity.

To process what happened clearly, Mourinho said he will need a few hours in front of the video replays, where he will be able to see how Tudor won the tactical battles.

The former Manchester United boss who insisted that Tudor had not surprised Roma, admitted that he failed to interpret the situation properly. One such instance he said was the position of Nicolò Zaniolo, who was supposed to drop deeper and protect Rick Karsdorp, and not press forward.

While noting that Verona was flying out of the blocks for the second half, Mourinho said equalising and taking the lead within five minutes through Antonin Barak and Gianluca Caprari turned the tie around and they begin to chase for at least a point.