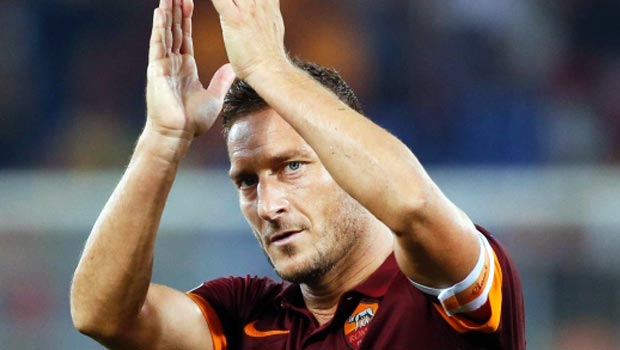 Roma legend and club captain Francesco Totti insists he isn’t getting carried away by his team’s impressive start to the campaign.

The Italian giants are currently unbeaten so far in both the Serie A and UEFA Champions League.

Roma, 51.00 to win the Champions League, beat CSKA Moscow 5-1 on Wednesday night in a surprising result, considering their previous form in Europe.

Totti’s side finished second to Juventus in Serie A last season but they have a great chance of lifting the Scudetta with Antonio Conte leaving the Old Lady earlier this summer.

The Giallorossi are level on points with AC Milan and Juve at the top of the table but, despite their impressive start, Totti has moved quickly to play down their form.

He told www.francescototti.com: “Besides the great result against CSKA, I think what is most significant is the fact that we started the competition with a victory.

“Now we must be clever. We cannot get carried away, we must immediately turn our attention to our next game.

“On Sunday we face Cagliari and that should be our only focus.”

Totti’s side will return to Serie A action on Sunday to face Cagliari and they are currently 1.28 to win, with the draw 5.33, while Cagliari are 9.89 to win.

Garcia will be without defender Davide Astori who has an ankle injury, but winger Juan Manuel Iturbe will face a late fitness test.